SBG Sports Software is delighted to announce its appointment as the exclusive Official Supplier of “Race Control Systems” to the Fédération Internationale de l’Automobile.

The multi-year partnership, which begins on 1 July 2020, will see SBG supply its circuit supervision and incident review system, RaceWatch Race Control, to the majority of major FIA-run series. The system’s applications, RaceWatchMS and RaceWatchID, will provide an integrated Marshalling, Stewarding, Video Review, Scrutineering and Race Management capability with live management of circuit action and detailed review of data, video and radio communications.

Under the new partnership SBG will also join the FIA Industry Working Group leading the development of race management and safety technology for circuits worldwide. 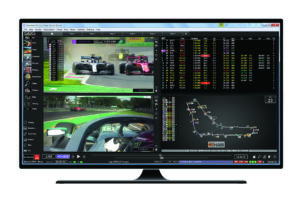 “We are honoured and excited by this exclusive recognition which cements our long-term relationship with the FIA and acknowledges how vital race management software is for incident detection and race review.

This partnership coincides with SBG’s expansion into North America, opening a regional office in Chicago IL to bring our next generation technology to the US motorsport industry.”

“The FIA’s decision to select SBG as an official supplier is a result of a trusted relationship over nearly ten years and signals our shared commitment to achieving the highest standards in safety and control for events and circuits around the world.”

SBG was recognised in 2019 with the prestigious Queens Award for Enterprise in Innovation for RaceWatch, which in the same year also won the Best Technology for Elite Performance category of the Yahoo Sports Technology Awards.