SBG Sports Software is excited to announce the opening of its new Köln operation to serve Germany and neighbouring Austria, Switzerland and Eastern Europe. The entity is headed by recently appointed regional sales director, Niklas Wassermann.

The new company, SBG Sports Software GmbH, has been created to service the increasing demand for SBG’s next generation sports analytics applications RaceWatch, MatchTracker and Focus. Its establishment strengthens SBG’s position in elite football and motorsports which has been bolstered in 2020 with the signing of many new customers from the Bundesliga.

The appointment of Niklas Wassermann, an experienced performance analyst and elite account executive for DACH, reflects SBG’s commitment to industry expertise and applied knowledge. Wassermann studied Sports Science and Scouting at the German Sport University in Cologne and went straight on to FC Köln and later FC Bayern Munich as First Team Performance Analyst. Wassermann then worked with The Welsh Football Association’s men’s senior squad as a performance analysis officer during their successful campaign to qualify for EURO 2016.

Simon Cuff, Commercial Director of SBG Sports Software, comments that “the new operation in Köln comprises a team of experienced and highly regarded technical specialists who are bringing unparalleled support to the DACH region. We have a very influential customer-base which is growing rapidly, and our top priority is to support them with technology and personnel which reflect our users’ ambitions and achievements. “

Niklas Wassermann comments: “I’ve been impressed with SBG’s product development and customer-focused ethos and am delighted to be working within a company which really understands and anticipates the demanding and complex requirements of elite teams. SBG brings a totally unique approach to data analysis and performance strategy and it’s a privilege to provide these innovative solutions to customers. I’m greatly looking forward to working with customers to improve their outcomes and have a positive impact on the region’s sporting success.”

SBG was recognized with a Queen’s Award for Enterprise, Innovation 2019, and is an official supplier of Race Control Systems for the Fédération Internationale de l’Automobile. 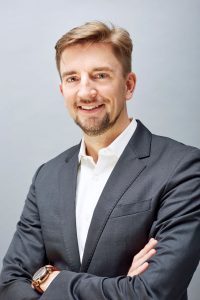